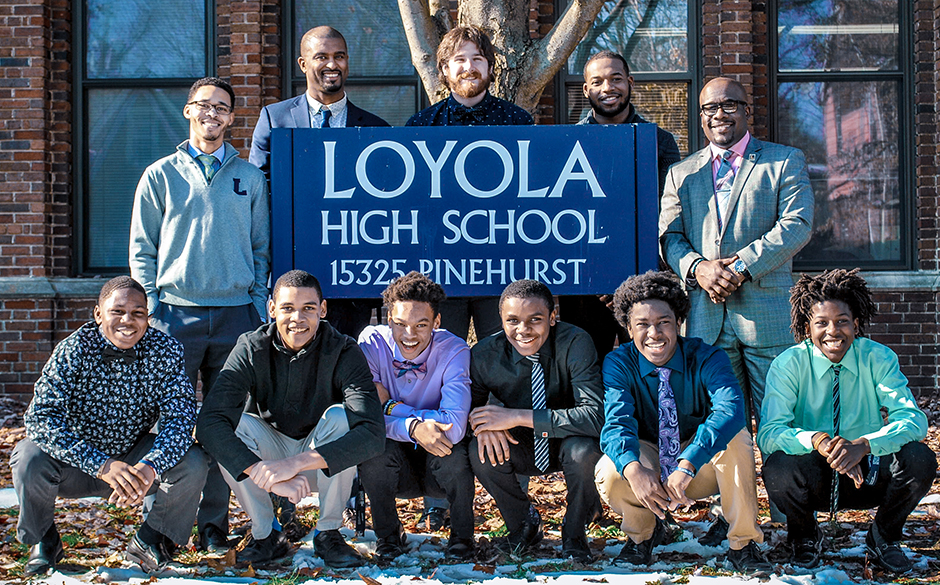 Detroit Loyola High School will hold its 24th Annual Detroit Tigers Night & Auction on Friday, May 8, but this time with a unique twist – as a first-ever virtual online auction. Onine bidding is now open. Click here to bid.

Turning challenge into hope through perseverance and faith, Detroit Loyola High School will hold its 24th Annual Detroit Tigers Night & Auction on Friday, May 8, beginning at 6 p.m., but this time with a unique twist – as a first-ever virtual online auction.

The May 8 auction was originally planned as a live event to coincide with the Detroit Tigers-Cleveland Indians game at Comerica Park that evening, with nearly 800 Loyola students, families, donors and sponsors expected to attend.

When the COVID-19 pandemic shut down schools, sports and much of society in early March, the Loyola leadership team was faced with a difficult decision – but there was never any doubt about forging ahead.

“This auction is our school’s single biggest fund-raiser, which raises much needed money for student scholarships and our operating budget,” explained Loyola President Dave Smith. “We never wavered in our commitment to the auction, because we will never waver in the commitment to our students, their families and the Detroit community.”

Detroit Loyola High School is located near Fenkell and Wyoming Roads in Northwest Detroit. Nearly 150 students, mainly African American young men from the surrounding community, attend the school, which is led by Principal Wyatt Jones and his staff of 30 educators and administrators.

“This year’s auction may be virtual, but the need remains real,” said Jones, who has led the school for the past seven years and is himself a 1998 alum of Loyola.

Online bidding is now open for the May 8 auction, which features raffle tickets and nearly 50 other exciting items, including:

• Golfing at Oakland Hills Country Club, the Detroit Golf Club or the Country Club of Detroit

• Co-hosting with Paul W. Smith on his morning show and touring the WJR studios

Raffle ticket and winning bidders will be announced on May 8 during the 6-6:30 p.m. livestream broadcast, which will be hosted by President Smith and his staff from the school’s cafeteria.

Along with the goal of raising $150,000, Smith and Jones hope to raise ongoing awareness about Loyola and its mission to educate and develop “Men for Others. Men for Detroit.”

Pivoting on the auction event wasn’t the only challenge Loyola leaders faced when the pandemic hit. Paramount was maintaining and accelerating academic progress – and again the choice was clear.

“Even with the school building closed, our goal remained to nurture our students’ nutritional, educational and spiritual needs,” Jones said. “There was no doubt we were going to maintain our mission of service.”

Jones and his staff first acted by preparing weekly study and homework packets that were picked up every Monday – all the while practicing social distancing – by students and their families. As the physical shutdown escalated, the Loyola team also implemented online learning and provided free internet access and laptops to students who had neither.

In the area of food assistance, the school staff also prepared packages with seven days’ worth of food for the students and their families – two 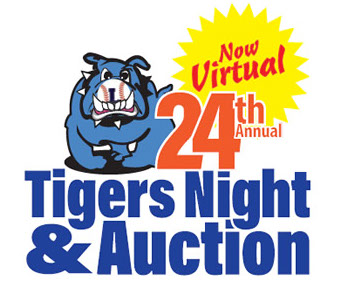 meals per day and a snack – to have at home. When it became apparent that the food need extended into the surrounding community, Loyola then started providing free meals every Monday to Thursday to area residents, as well.

In total, school officials estimate the Loyola team has provided some 3,000 meals to students, their families and community members over the past six weeks.

Most impressive perhaps, as Smith and Jones noted, has been how the Loyola students have embraced real-life challenges and adversity with the determination and faith to succeed.

Loyola’s 2020 senior class will graduate on May 29. And when they do, the students, their families and the entire Loyola team will have achieved an impressive academic record:

10 straight years of 100 percent of Loyola’s graduating class going onto college, either four- or two-year programs.

“It’s not the way we would have drawn it up,” Smith noted, “but I am so proud of the Loyola team and especially our students of how we have collectively responded during this crisis.

“Loyola has proudly served the Detroit community for 27 years now, and we are more determined than ever to build on that mission. We hope many others will join us on this journey to develop ‘Men for Others. Men for Detroit.’”

Loyola High School, an all-male Catholic high school in the Jesuit tradition, opened in 1993. Originally named Loyola Academy, the school began as a response to a pressing need in Detroit and its surrounding communities, where high school dropout rates for male students was high. Forty-three ninth graders began classes in a small wing of the former St. Francis Home for Boys (also, St. Francis de Sales church and school) at Linwood and Fenkell. Today, Loyola has almost 150 promising young men and more than 600 alumni. Graduates attend four-year colleges such as Dartmouth and Wayne State University, two-year colleges in and around Detroit, as well as vocational schools and the police and fire academies. Wherever they go following their time at Loyola, our students know that they are called to be “men for others” living lives in service to others.